Toronto—For Kelly Whetter, mother of Gabriel Nikov and founder of Gabe’s Red Balloon Foundation, August 19, 2018 was a banner day. Created to honour her son, who was murdered in April 2016, and to raise funds for vulnerable youth choosing higher education over guns, the foundation’s first-ever music festival drew a crowd of friends both old and new. And it’s no wonder: with a musical lineup that offered something for everyone, the event was the kind of summer Sunday outing it’s hard to resist.

First up was Gabe’s friend Gilson Lubin, funnyman and emcee for the day, who kickstarted the event with a set full of self-deprecating wit and acute observations about life in the big city. Kelly Whetter thanked the crowd for coming out, and Chris Glover, MPP for Toronto’s Spadina-Fort York riding, and Louis March, founder of the Zero Gun Violence Movement (ZGVM), spoke passionately and insightfully about Toronto’s growing problem with gun violence.

And then there was the music, all of which was made by people who knew Gabe. Singer and actor Rachel Cvecich served up a powerful a capella set of three classic rock ballads on love and loss, Eric Clapton’s iconic “Tears in Heaven” among them. Toronto R&B artist KRS RAGA got her groove on with a trio of original beats, including the smooth “Biking”. “Show Me a Sign”, written for Gabe after his death by family friend Lisa Johnston of the Coldwater Roots folk roots trio, featured a moving performance by the singer-songwriter. Johnston’s heartfelt lyrics and vocals made for a very intimate moment. The song’s emotional charge was intensified by the red balloons released by the crowd as Johnston sang out, “Send me a sign/Oh Gaby, from above/Send me a sign/On the wings of a snow-white dove/Gone away, away too soon/I’m gonna watch the sky/For that red balloon/Oh oh/That red balloon/Send them to you/That red balloon/Oh send me one too/That red balloon/Oh oh/Play me my favourite song/Cos I don’t know if I can carry on/And it stoned me from beyond/And on my cellphone/”I love you, Mom”.

To close, four-fifths of local jazz combo Red Hot Ramble brought its joyous sound to the stage. Musicians Roberta Hunt, Jack Zorawski, Glenn Anderson, and Jamie Stager performed a rollicking set that included toe-tappers like “All on a Mardi Gras Day” and featured special guest Richard Underhill on saxophone. The combo was also joined by guest vocalist Paul Salvatori, who did a sit-up-and-take-notice rendition of his “Too Young for a Funeral”.

The Red Balloon Foundation’s first-ever music festival was a strong kick-off to what will be an annual event, held on the third Sunday of every August. Ticketed indoor concerts are also in the works—watch this space for more info. The event’s success was made possible by the many friends and acquaintances who took time out of their busy lives to honour Gabe and to raise awareness about gun violence. Event organizers offer their deepest thanks to them as well as to all who donated services or money. Over $1000 was raised at the festival, 100% of which will go towards the scholarship fund designed to benefit vulnerable youth who opt out of guns and violence and into education. That’s a legacy Gabe would be proud of. 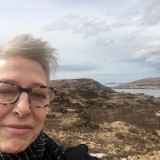 This site uses Akismet to reduce spam. Learn how your comment data is processed.

Share this ArticleLike this article? Email it to a friend!
Email sent!
×