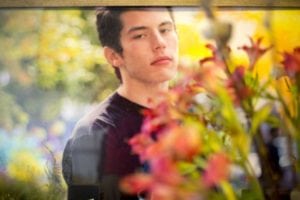 On April 13th 2016, single parent Kelly Whetter lost her only child, Gabriel, to gun violence in Toronto. Gabriel was a positive, creative person. He was only 18 at the time of his unprovoked murder. He was just starting to grow up and plan his future. He wanted to study business in university. Music was Gabriel’s passion. He wrote music and sang. He was deeply loved by his mother and his many friends and is still deeply missed by all. His killer, a complete stranger with a history of violence, was convicted for his murder and is now serving a lengthy sentence in jail.

Kelly, together with another mother of a son murdered by gun violence, turned their grief into action by bringing awareness to the gun violence problem and trying to help youths make positive choices in honour of their stolen children. They founded the grassroots advocacy group called “Communities for Zero Violence” while Kelly also established Gabe’s Red Balloon Foundation in Gabe’s memory. There are too many guns and violent incidents in our communities. Those who pick up guns and choose to shoot others don’t realize the devastation they cause to families and communities in the aftermath of losing a loved one to gun violence. In addition to the Gabe Nikov Memorial Award intended to inspire youth towards positive life choices, both organizations strive for early intervention to prevent gun violence, stronger gun laws, community support after trauma and victim support through the court process.